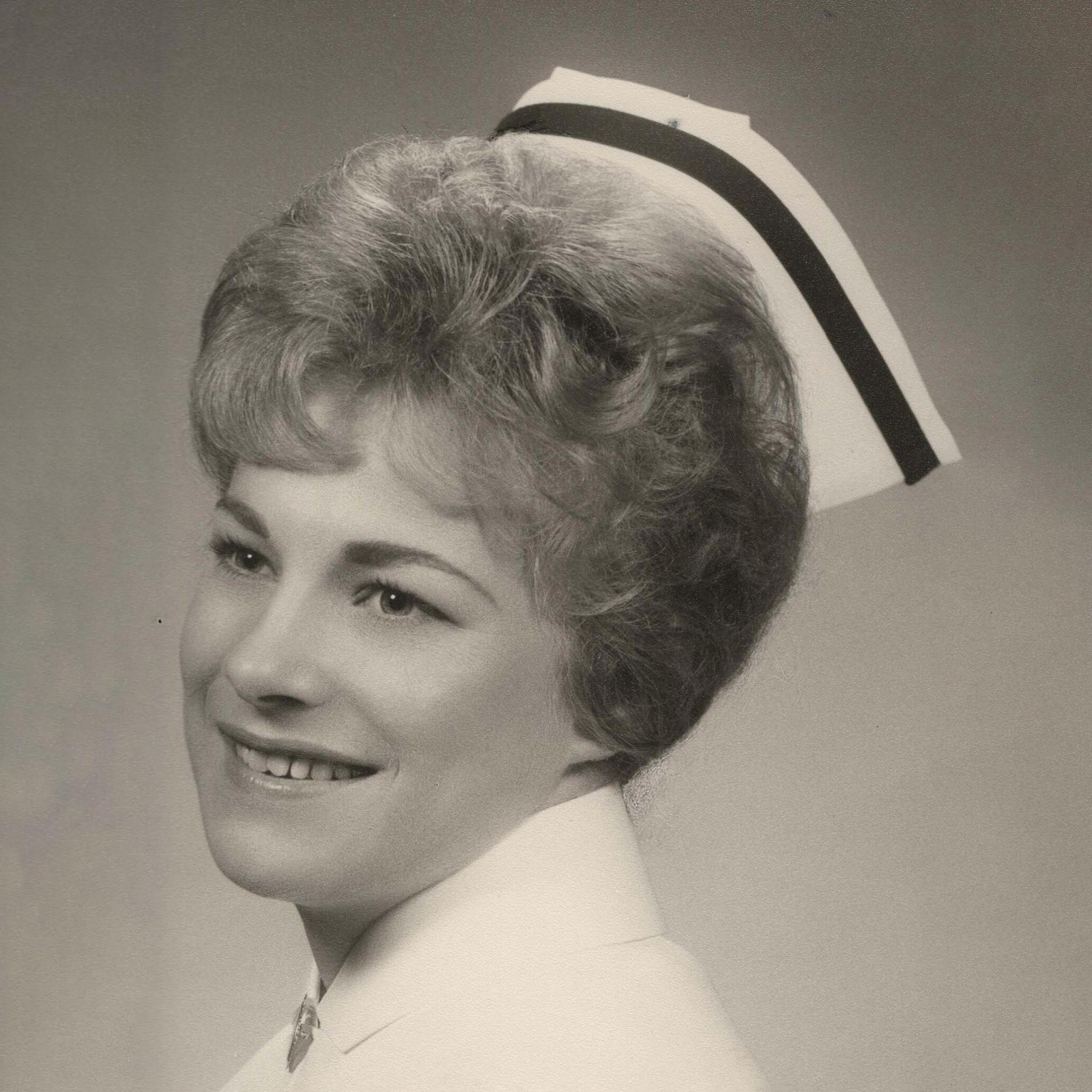 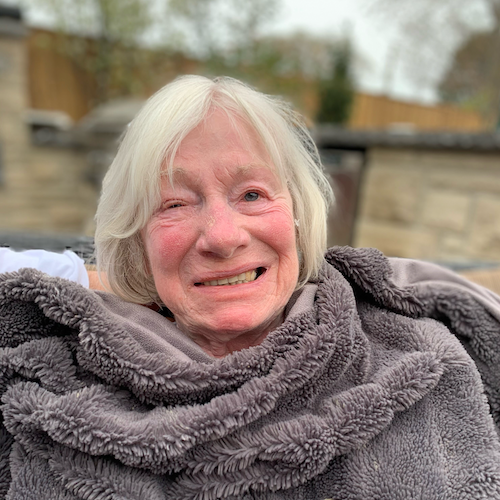 Notes of Condolences about Anna

So true….dear Anna will not be forgotten. A very special cousin indeed. She made everyone feel so special…always the big smile and tight hugs.

Oh, Anna. You were such a big part of my life these past two years. From the first day we met I knew you were special. I got to know you through the many memories your family shared with me. I was so honored to have been able to care for you until the end. I hope my caregiving skills were up to par with your standard of care ;) I heard you were a no-nonsense nurse so I tried my best to care for you the way you had cared so deeply for your patients. Rest well my dear Anna. Until we meet again.

Anna and I started nursing school together at St Thomas Elgin General Hospital Sept 11,1961. That was the beginning of a lifelong friendship! Anna was a farm girl from Wyoming,Ont and I was a city girl from London,Ont. I learned about life on the farm visiting some weekends! We lived in Residence with 10pm curfews. If you weren’t going to make curfew we would put a stick in the back door so we could get back in! That way the House Mother Ruby wouldn’t catch us being late for curfew! Living together with our 42 classmates we had lots of good times and many friendships. Anna was a caring,compassionate nurse with strong convictions who always had a smile!

Our friendship continued as we married and raised our families, getting together when we could. We would always attend our reunions every 5 years. Getting together with our classmates it was non-stop talking!

She was very blessed to have a close caring family allowing her to stay home til the end. I know she wouldn’t have wanted it any other way!

I will miss you Anna! Your big hugs, your smile, and your wonderful friendship.

Love and big hugs to you Anna!❤️❤️ Barb

She was a very compassionate nurse ,ready to give her all and always a smile.

That’s how I will remember her ,the smile and twinkle in her eyes.

Off duty we ,the staff had much fun with lunches and Hosp dances.

I will always remember you .

Here are some of my memories of Tante Anna (my dad's sister). Her door was always open for company. She always cared for you and treated you like you were so special. Our family loved to visit and listen to her laughter and partake in her amazing hospitality. There are two things that I have taken from her life; one is be nice to others, share what you have and give them the best you are, because everyone needs a friend. Two....the pedal on the right is called an accelerator for a reason....use it. The world today certainly needs her love and compassion....lets all do our part!

So many memories spending time at the house with mike and Rita over the years! Such a strong and kind lady who always made everyone feel like they were a part of the family. Thoughts are with the whole family 💕💕

Anna was a classy and elegant lady. Her calm demeanour always brought a sense of peace when she entered a room. She was soft spoken and always had a smile in her face. The love for her family was evident and she had a way of being in the world that made others feel comfortable. When you live your life fully, as she did, when you are surrounded by those who love you till the end, then you leave this world with the certainty that you did well. She has left us, but her memory, anecdotes, experiences and lessons, will remain forever in the hearts and minds of those she loved the most. Rita, Marcel, Madison, Anneke and Sebastian, you have given Anna the most beautiful gift: your love. In return, she will be watching after all of you.

Anna, you are a spirit beyond your stature, larger than life, and always an inspiration for your integrity, strength, compassion and love. You were always guiding all the children that surrounded you with your quiet and loving nature and values. It is no surprise we all flocked to your home; friends and family, near and far and forever. I feel so blessed and thankful to have had you in my life, as an influential adult and elder in my life, for so long, and my children's lives too. Thank you for all the gifts you have shared with your family and community - I will remember you with love when I see your gifts live on in Rita, her family and children and all of us who were fortunate enough to have known you. Just as you were an angel on earth, you will now be an angel in Heaven...until we meet again...xoxo

Thank you mom for all you have given me and our children. I am so proud to be your daughter and will cherish our memories forever. Your continued love and support for me and everyone around you are true gifts in my life. Your love, integrity, compassion, empathy and our friendship will never be forgotten. You have inspired me to be the best person I can be each and everyday. There are no limits and always reach for the stars. I love you mom and I will miss you everyday. I know you are now at peace with your Saviour Jesus. John 3:16 "For God so loved the world, that he gave his only Son, that whoever believes in him should not perish but have eternal life."

I had the honour to see our families come together following Rita and Marcel love for each other.

for having such incredible opportunities to see the their children grow up.

Madison,Anneke and Sebastian were your joy ,each and everyday. You selected your family to spend the last stage of your journey and they embraced you with tender care and dedication.

You were loved till the last breath ,and now you rest in peace.I know you will watching for all those you love from heaven

My friend , so feel light and keep guiding us and lighting our path.

You will forever in my heart and prayers .

I am very proud to be a granddaughter of Anna. She was an amazing person to be around and I am so grateful to have been so close to her. She spent the past 4 and a half years living with my family and I. She always made me laugh, and she never failed to put a smile on my face. She was one of my biggest supporters, and she always believed in me. She would take me to some soccer games and was always there to cheer me on. One of my favourite memories is her taking me to Baskin robbins to get ice cream. She always had coupons for it, and the ice cream was always amazing. She is an amazing human being, and I am so proud to say that I am now following in her footsteps. I am in my second year at Univerity in the Nursing program. I know she is and will always be proud of me. I love you so much Nana, and you are now at peace and you will always be in my heart forever.

Till we meet again xoxo

I am so honoured and proud to be a granddaughter of Anna. During the past four and a half years, she lived with my family and I. Her presence was great to have around. Her smile was always contagious, and she never failed to make you laugh. As a child, she called me her feather. On some occasions, she would take me to and from school. My siblings and I would spend some nights at her house, where she would take us to Harvey's for dinner and later to the lake for a walk. In her old house, she would host family dinners where she served homemade lasagna and salad to everyone, but the kids would eat mac and cheese with chicken nuggets. As far as carrot cake goes, I will always remember hers as the best I have ever tasted. In spite of the fact that she wasn't able to do much physically when she moved in with my family, she was still an amazing person to be around. Any room she entered would be brightened by her presence. Having her as a Nana is something I will always remember, and I am happy that she was mine. You will never be forgotten by me, I love you so much.