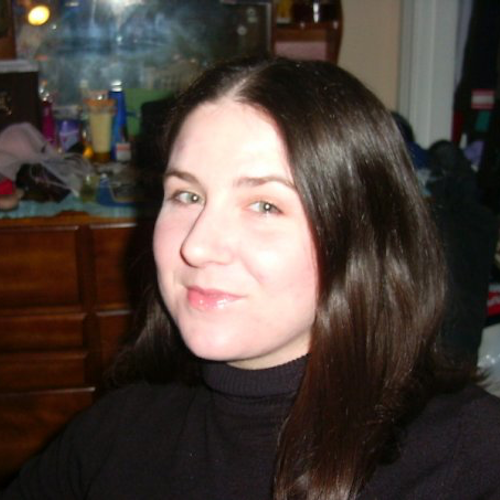 We regretfully announce the passing of April Jane Milne, 41, of Kitchener, ON. April Milne passed away on September 5th after a hard life and long struggle with addiction. It is with the heaviest of hearts knowing that she is now at rest.

April was born on May 3rd, 1981 to Richard and Corrinne Milne in Mississauga, ON. In her youth April grew up in London, ON, and enjoyed playing softball, drumming in a band, bowling, attending punk rock concerts, and participating in Air Cadets, where she excelled in rifle target shooting.

After graduating from H.B. Beal High School in 2000, she went on to study in two different electrical engineering programs at Fanshawe. April worked various jobs throughout the years and was always learning new skills to help her succeed. It was important to her to give back to her community, which she did by volunteering at the food bank in her spare time.

April is predeceased by her mother Corrinne Milne. She is survived by her father Richard Milne, her brothers John (Melissa) and his three children Melody, Aila and Winston, Howie and Mike, and her sisters, Elizabeth, and Amulree.

We will be holding a small family Celebration of Life to honour April's memory, and in lieu of flowers, donations can be made to the Kitchener YWCA Women's Shelter. For more info on how to donate see here: https://ywkw.ca/donate/