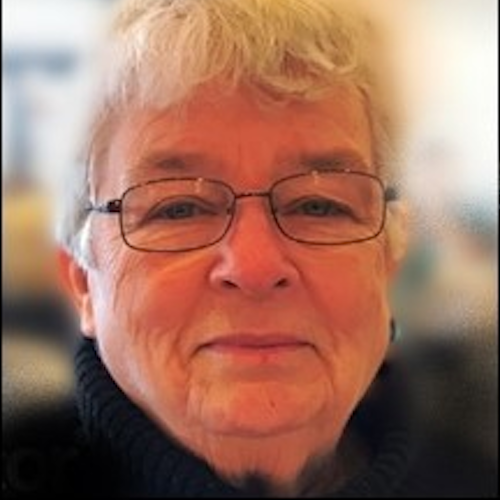 It is with heavy hearts that the family of Barbara Anne (Walker) Girling, 75, of Wileville, announces her passing on Monday, December 26, 2022 at Harbour View Haven nursing home, Lunenburg, Nova Scotia. Barb was born in Brantford, ON on January 13, 1947, to Harley and Dorothy (Palmeter) Walker. Barb spent her early years in Ontario, then, at age 10, the family moved back to Milton, Queens County, on Nova Scotia's South Shore, where her family has lived since the 1700s. Her adolescent and early adult years were spent in NS. During that time she had many friends from school, Girl Guides, and a local youth group. She enjoyed playing badminton locally. While in high school in Liverpool NS, she was most proud to have achieved second place in a Provincial Mathematics competition. In 1963 Barb moved away from home to go to Acadia University in Wolfville, NS where she earned a BSc with a Maths major and graduated in 1967. She was snapped up by IBM right out of university and worked in their Montreal office using her various computer language skills at a time when computers filled entire rooms. Barb later completed a BEd at the University of Toronto. During her time at Acadia, Barb enjoyed extracurricular activities in theatre arts and playing card games at the SUB. During her third year she met Brian, the love of her life, and they married in Milton in 1968. During their 54 years of marriage, Barb and Brian lived in Calgary, Toronto, Unionville ON, Newmarket ON, and Kitchener ON, before retiring in 2011 to Miramichi NB. They also travelled in Europe, New Zealand and throughout Canada. In 2019 they returned to Nova Scotia, living in Wileville, just outside Bridgewater in Lunenburg County. During Barb’s working life she worked at The Map Room (Calgary), Excelsior/Aetna Life (Toronto) and Sobeys (Newmarket and Waterloo). It was in 1981 that they welcomed their only child, Adrienne, of whom Barb was most proud, following her accomplishments while in Canada and in New Zealand. Adrienne and her partner Stephanie relocated to Halifax from Wellington NZ in July 2022. In 2016 Barb was diagnosed with dementia (most likely Alzheimer's) and lived at home until entering Harbour View Haven nursing home in Lunenburg NS in April 2022. On December 10th she contracted influenza which was complicated by pneumonia. Barb is survived by her husband Brian Girling, daughter Adrienne Girling (Stephanie Garvey) of Halifax, sister Sandy Brown of Western Head NS, brother Jim Walker (Sharon) of Halifax, numerous nieces and nephews in Nova Scotia, Ontario and Maryland, and many cousins. She was predeceased by her brother Gerry Walker of Western Head NS, father Harley and mother Dorothy Walker of Milton NS. The family would like to acknowledge the support of the Alzheimer's Society of NB and NS, the dedicated staff of Lunenburg County Home Support, South Shore Regional Hospital, and Harbour View Haven Long Term Care home. Barb's wish was to be cremated. A celebration of Barb's life is being planned for the Spring of 2023 in Nova Scotia. In lieu of flowers, please consider donating to your local branch of the Alzheimer's Society, whose funding comes solely from donations. ________ There will be a Celebration of Barb's Life on Sunday, April 30, 2023, 12 Noon - 3pm, at Mersey Point Community Hall, 628 Shore Road, Liverpool, NS. If you are attending, please RSVP at tinyurl.com/Attend-Apr-30.

Notes of Condolences about Barbara Anne

Sorry to hear of your loss Brian. My thoughts and condences are with you and your family as you remember Barb.

It was a pure pleasure to be able to call Barb a neighbour. She was a wonderful person that never failed to share a smile and a wave. It is definitely obvious that she touched the lives of many throughout the years. My condolences to Brian, Adrienne and extended family.

So sorry to hear of Barbs passing. Our hearts go out to you Brian and your daughter Adrienne , Jim and Sandy.. Always in our prayers. Rest in Peace Barb .

Very sorry to hear of Barbara’s passing. Please accept my deepest condolences 💐. I am disappointed that the pandemic prevented me from visiting you at your new home in Wileville. Hopefully, Susan and I will get there this coming summer.

I am very sorry of your loss. I first got to know Barb back in the late sixties when I saw her and Brian at his family home in Beaconsfield, Quebec. My sincere condolences to Brian, Adrienne and extended families.

Thank you for trusting me (age 19) to take care of Adrienne as a baby and making me feel like family. So wonderful to have kept in touch the past 40 years. May you Rest In Peace ❤️

Remembering our visits over many years. The happy times we shared.

Remembering Barb's visits to the farm and her infectious chuckle. Always a smile.

Sad as losing Barb is for you and for us, I am enjoying your pics, and the occasions we spent together. It's good to be reminded of the special life moments, like her passion for education, math achievements, and love for family. Sadly missed.