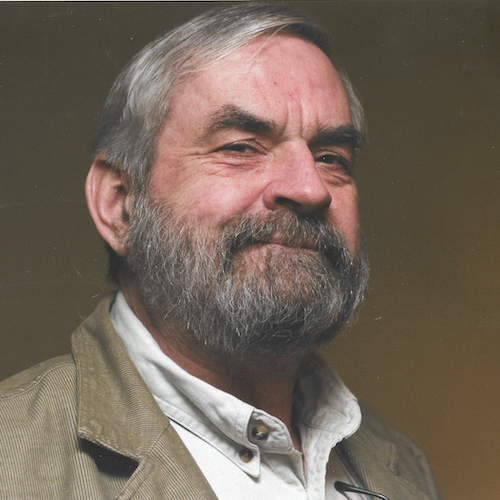 Benjamin Berthold Freitag Benjamin Berthold Freitag passed away unexpectedly on Christmas Day 2022 in Regina, SK at the age of 74. Ben was born on August 11, 1948 in Oxbow, Saskatchewan growing up with his family on the Meda-Vu Farm in Alameda with his German immigrant parents, Berthold and Martha. Ben and his brother Ted were actively involved in the local and national agriculture community and helped their father raise purebred shorthorn cattle. There were several competitions and many agricultural and livestock medals awarded in addition to chaperoning their prized show cattle on the annual long train journey to the Toronto Royal Winter Fair. Their efforts on the farm did not go unnoticed and Meda-Vu Farm earned a Saskatchewan Master Farm Award in 1970. Alameda and surrounding area are the home for Ben’s extended Freitag family. His cousins always shared stories of camaraderie and agricultural adventures ensuring these were passed along to future generations. Ben had an opportunity to be young Liberal President in Saskatchewan in his early twenties. He obtained a pilot’s license, worked in a creamery, was an accredited life insurance agent and started an event photography business. Ben earned a BA from Luther College in 1973 and a BEd in 1975 from the University of Regina and served as a Luther College University resident advisor in the early 1970’s and later became the head resident. After marrying Darlene Oscienny in 1974 they would continue to be “Dorm Parents” at Luther University campus until 1976. A few years later, Ben accepted the Dean of Men position at Luther College High School. This required living in the dorm’s 3rd floor, Dean of Men’s suite from 1980-83, which was a busy and communal home for all three Freitag children. Mr. Freitag had 30 years of service at Luther College High School teaching History and Economics and also facilitated the debate club, annual Musical box office sales, and L.I.T. concessions for many years. The cherished relationships of the Luther community of faculty, staff and students were always the benchmark for his career success. Mr. Freitag devoted his career to making Luther College the kind of place where all students from all backgrounds were respected, nurtured, defended, praised and loved. He is survived by his wife Darlene (Oscienny) Freitag of Regina Beach and their children Burton (Cindy) and son Samuel of Saskatoon, Justin (Nicole) and son Easton of Regina Beach and Sarah of Regina; his sister Gertrude (Erwin) Buck of Saskatoon, nieces Sharon and Deborah, and nephew Darren and their families; brother-in-law David of Vernon and Nancy and niece Erin, nephews Rory and Jason and their families. His best friends “Uncle” Stu and Paulette Lissel of Hinton, Alberta and their children and Paul Ayotte of Alameda, Saskatchewan. Ben was predeceased by his parents Berthold and Martha, and brother Theodore. Ben’s legacy is truly about his ability to enjoy the company of all people regardless of their status in life. He was always ready to sit down or share a Facebook friendship, for a good laugh or memory. His time at the Williston lifestyle community fostered many new friendships. Ben will have his many beloved dogs greeting him in the afterlife Tom, Jake and Boo. If friends so wish, donations in memory of Ben “Mr. Freitag” can be made to The Freitag Family Scholarship for Kindness at Luther College High School c/o Maureen. Harrison@luthercollege.edu 306-791-9175 and/or the Regina Humane Society c/o info@reginahumane.ca 306-543-6363. A memorial gathering will be hosted at Luther College High School in the Merlis Belsher Heritage Centre, 1500 Royal Street, 2-4 pm on Saturday, January 7, 2023. Parking in the west parking lot just off Dewdney Avenue. Arrangements in care of Eirene Cremations Inc (Regina).

Notes of Condolences about Benjamin

Unfortunately Ben and I never met in person. I corresponded with Ben via emails. The many jokes he would send me were always welcomed as laughter followed, guaranteed. We became associated through his son Burton. It all started when their family dog chewed on Darlene's antler jewellery which Burton bought for her here in Yellowknife that I had for sale in one of our local shops. As a creative jewellery maker, I had to try to repair/fix what the family pet had done. The rest is history. My sincere heartfelt condolences are with the Freitag clan.

my husband i spent many hours with ben and darlene at regina beach and became very good friends.n we will miss him terribly

I am so saddened by this loss. He was an amazing teacher!! He always had the biggest smile and was willing to help in anyway he could. The world hurts with him having moved on. Sending tons of hugs to all Freitags.

Mr. Benjamin Freitag, a wonderful teacher I had the pleasure of being taught by from 03-07. He was a wonderful teacher, and a man full of wisdom, which he constantly shared. He stayed in touch more than a decade post my graduation, touching base routinely on life and sharing stories of how life has turned out thus far. I send my deepest sympathies to his family, as well as to the many others that he had made a meaningful impact on.

I met Benji while working at the Williston and we soon became close friends. He was always such a delight and made everyday better. He would share stories about his time growing up and his time at Luther. When I left the Williston, we stayed in contact and continued to hangout. I am so shocked and heartbroken by this. It was always so easy to talk to him and he loved sharing his stories. He was so proud of his children. I’m going to miss you so much old man.

I am deeply sorry for your loss, he was such a remarkable soul who definitely left a positive impact on the people he met.

Mr. Freitag looms large in my memory of Luther. His commitment to his classroom, the quality of education he provided, and the countless hours spent supporting our debate team. Regularly picking us up at 6am and driving to competitions all over the province - that with his help we most often won. It was so clear that he took pride in his work and in his students, and loved his family.

Please accept my family’s condolences on your loss.

Much love to you all, Freitags. Mr. Freitag, you were a great teacher and friend to my family and me.

Ben was the RA / dean on my floor. Like other international students I was ESL but he was patient with us (though we broke many rules in the dorm including cooking in our own room and triggering the fire alarm in the hallway). Those were the fun days. Thanks, Ben, for everything. Rest in peace.

I remember Ben from Luther College days when I was in Grade 10. He was from Alameda and I have relatives from there as well. Condolences to his family and friends.

Dear Darlene and family, our sincere condolences on the passing of your husband, father and our good friend, Ben. Please take heart in knowing that Ben left this world better than he found it because of his generous heart. Ben’s heart was bigger than Mount Everest. I first met Ben in 1974 as first year U of R student at Luther dorm. I will always remember his warm welcome and generous spirit. During meal times, if I needed to sit down with someone so I do not eat alone, I always aimed for Ben’s and Darlene’s table. I was always welcomed. Fast forward 27 years, I visited Ben at Luther College High school to let him know that my daughter is joining the high school. I still feel the hug he gave us. For four years, we worked with Ben manning the door to the theatre during the musicals. When Ben was standing with us, everyone was admitted to the show, sometimes without even having a ticket. Ben would say “ I have some extra tickets that I kept aside.”

Please be assured of our prayers and May our Heavenly Father in His abundant mercy grant Ben eternal life.

Peace be with you and your family in these days - the Luther College community fondly remembers Ben and his career of service to Luther at both of our campuses.

How to you put 50 years of knowing someone into words, it is not an easy task, but it started with my best and closest friend Darlene. We were inseparable in the our early 20s and spent so much of our lives just living life to the fullest, whether we were travelling on holidays, hosting parties at our respective parent's homes, attending the same secretarial course, finding our first careers working for the Royal Bank, or going to the local bars to see what fun could be had, that was my first encounter with Ben. At the Paddock which I am sure is no longer there or changed by now, Darlene and I went there to meet guys, the ratio was great because of the RCMP training center close by. As it turned out I spent a good portion of the night with Ben but we were more destined to be friends, Ben ended up with Darlene. After our trip to Europe both Darlene and I decided we wanted to settle down so married our respective partners, Charlene and Kim June 21 and Darlene and Ben June 28, yes we were bridesmaids for one another and as the families came along we had our respective children. I was the first with my first daughter, followed by Darlene a year later with their first son. We had always done things in harmony, her kids were a year later than mine and when I got pregnant with my last, Ben jokingly mentioned well I guess we will be having another in a year. I have two daughters and a son and they had two sons and a daughter and yes all a year after the other. We moved away from Saskatchewan in 1981 but always kept the friendship going and whenever we came back to Regina we would get together and it was as if nothing had ever changed. Ben kept in touch with what was happening with my family and always sent us a Jacquie Lawson ecard, I got mine this year, I will miss that but beyond that I will miss the wonderful man and friend I met some 50 years ago. One day we will meet again my friend, love you.

You are the best History teacher

Always a pleasure to visit with Ben and have so enjoyed his Facebook posts. My sincere condolences to all.

I attended Luther College for first year of University living in the dorm. I was only 17 entering university and I see that Ben was 21 which was only 4 years difference but he had a very distinct image of being so much older and mature. He was someone to look up to.