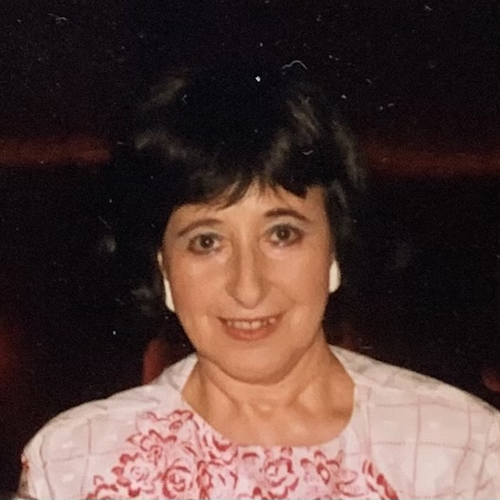 Sadly, Sheila Christella Neil (nee Gardiner), or Dr. Chris Neil as she preferred passed away on Nov. 13, 2022, suddenly of a heart attack at Wascana Rehab in Regina. Chris was 91 and lived her long life with passion, focus, and great determination.

She grew up in London, England during World War II and spoke about being terrified during the nightly bombing raids and blackouts.

Chris married Dr. Andrew Neil who she met at the University of Physicians and Surgeons in Glasgow. Together they had two sons, Russell and Derek born in Ayr, Scotland.

The family immigrated to Carlyle, Sask. in 1965. Imagine flying to Winnipeg in the middle of winter with your husband, two sons, a Norwegian Elk Hound and a nanny.

Together Dr. Andrew and Dr. Chris Neil ran the medical clinic, Arcola Hospital and Moose Mountain Lodge for 18 years. At that time as Doctors, they worked 7 days a week and were on call 24 hours a day.

While in Carlyle, Chris got her pilot’s license and purchased a plane. With her two months off a year, she travelled the world to exotic, unusual, and interesting locations. She visited over 100 countries in 10 years. Chris also enjoyed scuba diving in the Bahamas with her family.

In 1982 Chris and Andrew moved to Regina and opened up a new medical clinic.

After retiring in 1997 became a Life Master in duplicate bridge in 2001.

As an intellect, Chris was an avid reader all her life and collected an extensive library. Chris had a photographic memory.

A celebration of Chris’s remarkable life will take place at a later date.

Notes of Condolences about Chris

I was fortunate to have her for a family Dr. in the early eighties . Never too busy , 24/7 she was available. She had quite the sense of humour, terrified me but with a twinkle in her eye, said your diagnosis is simply OA and handed me the paper for my nursing supervisor at the hospital. She saw my look of horror and said that means osteoarthritis not old age.

I loved her as a friend and Doctor.

What a relief. Loved her dearly as a friend and medical advisor.

It is with deep sadness that I say goodbye to my Mother. She was an amazing woman. Brillant and passionate.

She "Lived Life Large "and I will miss her.