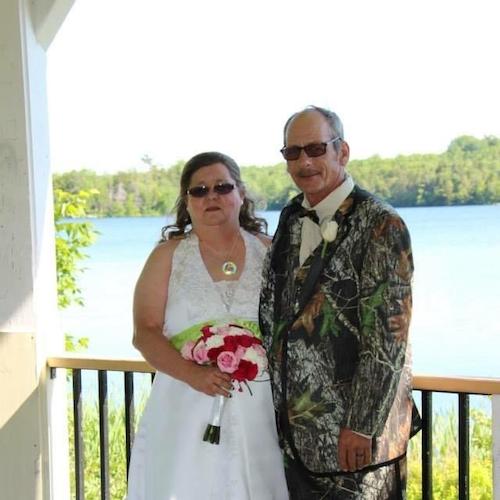 Bellefontaine, Christine Joyce (Haverstock) Halifax, Nova Scotia It is with great sadness that we, the family, announce the passing of Christine Joyce Bellefontaine at Halifax, on 19 December, 2022, born in Hammonds Plains, NS. She was the daughter of the late Joyce and Christopher Morris (Bunny) Haverstock. Christmas was definitely Christine's favorite holiday. Her brothers recall even at a very young age she would want to be actively involved in trimming the tree. She would want her ornaments to go on the highest branches she could reach, often resulting in her knocking down the tree and there may have been broken ornaments involved. But that love of Christmas never left her. When she was diagnosed with Pancreatic cancer, her only wish is that this Christmas be the best one ever. No one ever thought she would be spending Christmas with the most Holy God. She will be with her Mom, Dad and the many, many animals she had adopted and loved. Her husband Paul calls her his Christmas Angel. Her brothers recount the times their Dad would take them all fishing, and poor Christine would always end up getting soaking wet. This meant the fishing trip would be cut short so they would get her home and dry her off. Knowing her, it is very likely she would be trying to scare the fish so they wouldn't get caught. Christine was a wonderful person with a pure soul. She had an incredible sense of right and wrong and had a difficult time with people who would needlessly hurt others. If you were lucky enough to be her friend, you would have a friend for life. Christine spear-headed an initiative to get the metro bus company to bring a route out to the Hammonds Plains Road. It took her over a year but with her famous tenacity, she was eventually successful. It was important to Christine to support and uplift women. It was in that spirit that she suggested and organized a highly-effective petition campaign to encourage the Federal Government Treasury Board to settle the Public Service Alliance of Canada Pay Equity complaint that lasted fourteen years. It was one of many campaigns across Canada. The grievance was finally settled in 1999 and had a substantial financial benefit to all those employed in female dominated occupation groups. Christine was extremely intelligent. She loved working with computers because 'they understood her'. She spent most of her working career at the Fleet Maintenance Facility Cape Scott creating ACCESS data bases to help various departments produce accurate financial information to be reported to the highest levels of Command. In particular, she wrote data bases for the Financial Accounting section, the Travel section and the Safety section. Christine is survived by her husband, Paul Bellefontaine, two stepsons Jonathan (Jackie), and Paul; her Mother-in-law Mae Eisenhauer and extended family; two aunts, Sheila Hunter and Ellen Haverstock, Two brothers, John and Timothy (Dolein) Haverstock; one niece Shawna (Michael), one nephew Timothy; three great nephews, Sam, Phoenix and Odin; and two great nieces, Naleah and Mackenzie; and many cousins. She was predeceased by her mother Joyce (Hunter) Haverstock and her father Christopher Morris (Bunny) Haverstock. Donations in memory of Christine may be made to the Canadian Cancer Society in hopes of finding a cure. Messages and memorials can be directed to the Bellefontaine family by visiting Eirene.ca/memorials. Cremation has taken place. Funeral arrangements are not yet finalized.

Notes of Condolences about Christine

This tribute says it all. Most humble for herself, yet most determined goes to Teny when it was to benefits others. Love you and will miss you forever dear cousin. I know you are watiching and having the best xmas ever and making sure those you left behind are as well.

Swimming in the pool every summer as kids.