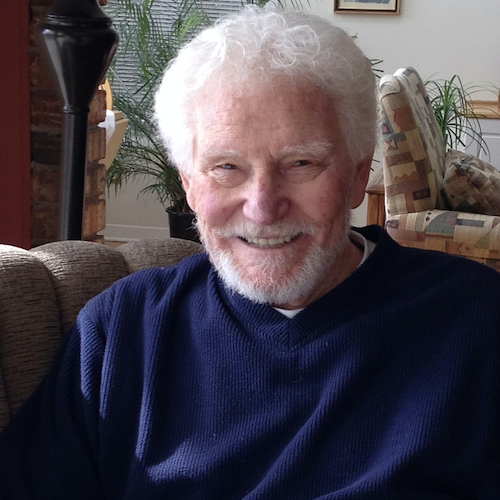 It is with deep sorrow and much love that the family of David Preston Smith announces his peaceful passing on January 7, 2023, at the age of 90, following a brief illness. David was a force of nature with his extraordinary talents and brilliant mind. He used his hands and imagination to create beautiful works of art. He was the first of four children born to Esther (Flint) and Samuel Smith in Washington, D.C., where he lived the first decade of his life. His family relocated dozens of times throughout the U.S. during his youth until eventually moving to Indiana where he entered high school. He was drafted to the U.S. military in his senior year and entered the dangerous training for the Ranger Unit of the U.S. Air Force prior to serving in the Korean War. He obtained his diploma in absentia, and upon arriving home, he and his brother, Edward, entered and graduated from the Art Centre School of Los Angeles on the G.I. Bill. David also studied History and Anthropology at the University of Alaska, and Los Angeles Valley College. David was a compelling artist, illustrator, historian, and storyteller. His employment history is varied and impressive: a conceptual artist for NASA on the Gemini and Apollo space programs, a court-appointed sketch artist in New Orleans for the only JFK trial ever held, a prolific freelance artist and fine-art painter, and a children’s book illustrator. He worked on numerous commissions, exhibits, and received many awards and recognitions. Some of his most notable artwork includes Sports Canada and the Canadian Amateur Hockey Association series of hockey skills, Canada Cup posters, wildlife postage stamps and cards, Peggy of the Cove, Tommy’s New Block Skates, Anne of Green Gables, and more. His expressive and realistic Indigenous portraits and illustrations adorn the walls of the Beothuk Interpretive Museum in central Newfoundland after being commissioned in the early 90s, and his old-fashioned rendition of a pond-hockey game, entitled “The Way it Was” hangs above many a fireplace across the country. Very fortunate family members were gifted unique and meaningful characterizations and portraits from David through the years, and they are treasured. David was also an avid writer and just recently edited his screenplay “The Nancy” based on a famous schooner from the late 1700s. He had an unquenchable thirst for knowledge and facts, and he often spent his time reading and researching a variety of topics for simple enjoyment. One of his favourite interests was U.S. politics, and he was known to have feisty “conversations” with his siblings, plus others, on many occasions. While David achieved so much in his professional life, his greatest enjoyment in life came from spending time with family and friends. In 1980, he met the love of his life, his “earthly angel”, Gracie. She “took my breath away from moment one, and I never looked back.” They married in 1987 in Ontario, and his sense of adventure then encouraged a move to Nova Scotia in 1990, where they settled for 31 years in Tantallon overlooking the beautiful St. Margaret’s Bay, which offered David’s artistic soul much joy and inspiration. In 2021, the couple moved to the Berkeley residence on Pepperell Street in Halifax where they made quick friends and continued their daily tradition of ‘5 o’clock wine-time’ together. David was predeceased by his parents, his brother, Edward; his sister, Donna; and his ex-wife, Carol. He is survived by his wife, Grace (Gray); his sister Vicky; his four children from his first marriage, Tracy (Pat), Heather (Dave), Clarke, and Ginny (Mike); as well as his stepchildren Lance (Carol), Cindy, and Glen (Melodie), whom he loved as his own. He will be forever cherished and remembered by his grandchildren, in particular Sean, who was especially close to his grandparents; great grandchildren; and many nieces and nephews. The family is eternally grateful to his caregiver, Belinda, for her invaluable and unwavering support and care over the last number of years. There will be no funeral or memorial service at this time. In the tradition of David’s and Grace’s daily glass of wine, we ask everyone to raise their glass to David in celebration and memory of a life so very well lived.

Notes of Condolences about David Preston

I had the honor of meeting David and his lovely wife Gracie many years back through my father, Jack Stevens. David was kind enough to autograph my book, Peggy of the Cove - by Ivan Fraser and illustrated by David. I proudly hang many of David's fine works of art including his impressive Indigenous portraits, his Prince Edward Island Confederation Bridge artwork as well as several others. David was a true artistic genius and as many have already stated, he was so much more. I offer my sincere heart felt condolances to Gracie and the entire family.

Dear Gracie and all of David’s family.

We were very saddened by David’s passing and wish to express our heartfelt sympathy.

While we didn’t know David very well, it was clear what a wonderful marriage he and Gracie shared.

As requested, we will most certainly raise a glass of wine in honour of an amazing life.

Your friends at the Berkley.

One of the most amazing men we have ever met. So many fascinating events in his life and in his family history, and all true. He was also the finest neighbour for whom anyone could wish; and a dear friend. Donna and I were honoured to have been a small part of Dave’s eventful life and we will miss him. We offer our sincere condolences to Grace, his children, step children, grandchildren and friends.

I was David's nephew by marriage. He was one of the most interesting, talented & unmique people I have met in my life. It was a pleasure to spend time with him over the years. We will miss him.