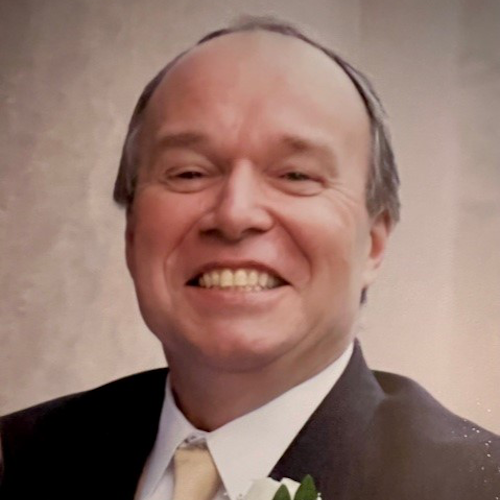 Born June 24th, 1950, Dave passed peacefully in hospital on March 6th, 2022 at the age of 71. He was the son of the late Kenneth and Audrey Lake, husband to Chrystal Bryan, and father/stepfather to Brianne (Eric) Adam, Joshua Lake, and Chantelle Good.

Dave went to R. H. King High School in Scarborough, Ontario, after which he attended McMaster University in Hamilton, where he studied to become a physical and health education teacher. Dave spent 30+ years as an educator for the Scarborough/Toronto District School Board. During that time, he taught geography and physical education. Dave coached many sports, with his favourites being football and basketball. He coached several championship teams and touched the lives of many young high school athletes as “Coach Lake”, while to his colleagues he was endearingly known as “Laker”.

Upon retiring from the TDSB, Dave worked at Associated Hebrew Schools – Danilack Middle School for eight years. In addition to teaching and coaching, he played a significant role in preparing his students for the transition to high school.

Another big part of Dave's life was officiating. He started in hockey but soon moved on to the sport that became his great passion – basketball. He was a member of the Toronto Association of Basketball Officials (TABO) for many years and earned the honor of becoming a life member in 2018. During his tenure with TABO he became an Assignor, where he played an integral part in helping new officials reach their fullest potential.

To his friends, former students, athletes, colleagues, and neighbours – Dave spoke so positively about each of you. As summarized beautifully by a dear friend, “He never pre-judged anyone; he just took them in and helped them in any way he could.”

As a man of God, be comforted in knowing that he now sits with the Lord. He has given so much to many on this earth and we will miss him dearly, but know that he is at peace now and singing with the angels.

A celebration of life ceremony has been planned for Friday, March 11th, 2022

Both venues require proof of vaccination and masking for all attendees

The Livestream link for the service is http://dave.lakefamily.ca You can access this link after the service as well

In lieu of flowers, we ask that donations be made to Lester B Pearson CI to support a possible student scholarship in Dave’s name. Please use the following link https://tdsb.schoolcashonline.com/Fee/Details/457/153/false/true?school=914&initiative=1

Notes of Condolences about David (Dave)

So sad to hear the news today about Dave. I had the pleasure of coaching and assisting Laker with the Wexford Basketball Program for the seven years I taught there. We shared lots of laughs together and his connection to his players was quite incredible. Years later, while at West Hill Collegiate, I coached and Laker did referee some of our Senior Boy's basketball games. His sense of humour was still evident, and although it has been many years since we have seen each other, I often think of him as we share the same birthdate, and a passion for the same game. May he rest in peace, and live on in the memories of all who knew him.

Dave was the first person who welcomed my family into the neighborhood. We talked a lot during those days as we shared the same passion for playing basketball. Despite knowing him for a short time my family felt the warmth and accommodating neighbor Dave was. We are saddened because we will miss him but I am sure he is happier now with God.

I was so shocked and saddened to hear of Dave's sudden passing. I was so fortunate to have worked with him at Associated Hebrew Schools for 8 amazing years. He was not only my teaching partner in the gym during this time, but was also my mentor and friend. His smile and positive nature helped me become a better teacher and better person. I wish his family and friends comfort during this difficult time. I am sure you will miss him as much as I missed seeing him on a daily basis since he retired. My thoughts and prayers are with you during this difficult time. Jennifer

During the past two years Dave often walked by our home. While few words were spoken it was his smile, occasional laughter, and a wave that were often shared more than once most days. In many ways Dave and I were strangers but as a retired educator with similar interests, I understand the positive impact he had on former students, athletes, colleagues and the basketball community. Dave touched my life and and after reading his biography I now have a better understanding of the kind, caring, thoughtful person he was. Rest in peace Dave. Keep your whistle close by to keep our lives organized, flowing and playing by the rules.

To: The Lake Family; Please accept my deepest condolences for your loss. Chrystal, I pray God will give you His peace that passes all understanding during this difficult time. Know that your friends of old (Lynda (Maxwell) Keen and Angela (Maxwell) Stevens, are continually praying for you. RIP Dave until we meet again.

My deepest condolences to Mr. Lake’s family. He was the best teacher I had and was a mentor to me for 30+ years since my days at Pearson, through my years of coaching basketball and my years on TABO. Thank you for all the “chats” and for your sense of humor that always kept us laughing no matter how serious the situation was. Thank you for always pushing us to achieve our goals and dreams and for being a friend once we left our teenage years. You allowed me to scrimmage with your senior boys basketball team at Pearson during lunch and fed my love for the game with all your encouragement. For opening the gym early so we could keep training and making us run the track to play basketball during gym when it wasn’t the scheduled sport (your way of building our endurance). I was so privileged to be in your classes and will always remember and be grateful for the amazing mentor and friend you were. Rest in Peace Mr. Lake…..hope you are coaching and reffing in heaven…..you will be missed!

I gave Dave some advice on his wedding day. My speech was intended to scare him and to make sure he accepted his duty as Chrystal’s other half. He smiled from ear to ear. Never waived on that day. And he never waivers afterwards. His love was so strong and continuous. His smile persistent and grew each time he looked at his wife from that day onward. I don’t think Chrystal is the only to have felt Dave’s love. He had time and love to go around without limitation. We will all miss his love.

Dave was a very patient, funny, kind and well-spoken assignor who played a significant role in the advancement of my skills as a referee! I am so grateful for all the "big" assignments Dave entrusted me with! From early on in my career as an official, Dave didn't restrict my game assignments on the basis of my gender and I remember thanking him on many occasions for allowing me to experience and be part of the excitement, energy and thrilling environment which came with high profile (i.e., televised) and championship games! I remember the many years, I looked forward to spending my Saturday's and Sunday's refereeing multiple games each day, travelling from gym to gym! It was fun and a great way to stay connected to the people in the basketball community and the sport we love. Dave was the mogul who provided this for so many of us. Finally, I will always remember how Dave always found a way to say something funny or comical before relaying the information in a very deliberate, professional fashion in his "convenor reports." I, as I am sure is the same for all of us, will miss "Laker"!

He had an infectious smile and laughter, he was great to talk to he always made the time to listen. We had many funny conversations about ball and life! Rest in Peace my friend!

My favourite memories of Dave will always be of quietly sitting beside him and talking about life, seeing the joy spread over others' faces as they realized he was in the room or gym, and as they came over to form a growing party of disciples around him. His calm kindness and positivity are what this world needs more of, and he will be sorely missed by all who were fortunate to know him. Sincere condolences to his family and many friends.

Fond memories of sitting on The porch enjoying a beer or a glass of wine and good conversation often humorous! Too many good people leaving us too early!

Mr. Lake was always a fair person. He taught me a lot about playing as a team and helped me learn the rules of the game of basketball, which was very important to me.

More importantly, he was always a positive role model as a teacher. During my time at Pearson, we interacted regularly and he was always pleasant and in a good mood - smiling often. He has left a lasting, positive impression on so many of the youths of Scarborough. God Bless.

We have many fond memories of Coach Lake. Always there to teach, listen, inspire and support us. We were blessed to have known Dave. Our condolences, thoughts and prayers to his family and friends. He will be missed.

I had the good fortune and opportunity to work with Dave for six years at Associated Hebrew Schools. Previously, both Dave and I had worked in the Scarborough and later Toronto District School Boards. When we met at Associated I connected with Dave easily. We shared memories of our days in the public board and our love of motorcycling. Dave was so easy to talk to. He was a great listener with a tremendous sense of humour. I was always impressed with how he connected with staff and students. His genuine attitude and approach made him a great educator and teacher. Everyone loved to be around Dave. His non threatening and welcoming nature made him someone special that I will never forget. I spent quite a bit of time talking with Dave and just enjoyed his company. Having him on staff was a blessing for everyone. I will always remember his kind and gentle ways and how he treated everyone with dignity and respect. Just being around Dave made me a better person. May his memory be a blessing to everyone who knew him.

Mr. Lake was a larger than life personality who was always approachable and had the magical gift of connecting with all his students. I had the privilege to be a student in his Grade 12 Basketball class at Lester B. Pearson C.I. whereby his passion and love for the game of basketball left a strong impression on his students. I will always remember his infectious smile, hearty and baritone laughter along with his witty one-liners.

I send my sincere condolences to Ms. Bryan and Mr. Lake's family.

Thank you, Mr. Lake, for having a positive influence on my life - your students are eternally grateful for both the in-class and life lessons you taught us.