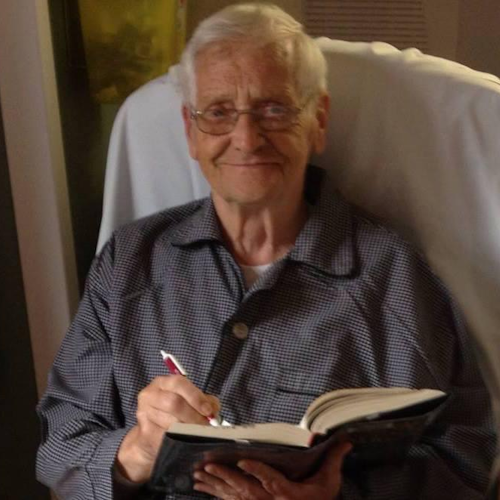 We are heart-broken to announce the passing of Harold Robert Harrison Gladwin, 88 of Waverley on Friday, October 21, 2022. Born March 17, 1934, in Halifax, the youngest of eight children born to Harold Lanswell Gladwin & Elsie Vivian (Bradley) Gladwin. Harold will be deeply missed by his devoted wife of 64 years, Lola (Hamilton) Gladwin; his loving daughter Jayne & her husband Stephen Green, as well as their children Liam & Chelsea, who knew him as their beloved Papa, provided him such joy and of whom he was so very proud. He is also survived by sister Ethel King, Wolfville, along with numerous nieces & nephews, and Godson Stewart Adams, Windsor Junction.

Harold, or Bob as he was also known, started his working life early, delivering newspapers in Halifax, and when his brother Carl went off to war, Harold served as messenger, knocking on doors nightly asking residents to turn off their lights so as not to draw attention to enemy soldiers. As a young teen, the family moved from Birmingham Street in Halifax to Waverley. He was at church with his Mother when he first saw Lola, who was staying with her cousin in Waverley. They dated for 7 years before marrying in 1958 in an intimate ceremony in their newly purchased house overlooking Lake Thomas, where they still live. Harold was an avid hockey player and he & Lola spent many hours skating together. He also played baseball and volunteered as Baseball Coach for a number of years.

He worked at the Halifax dockyards before his desire to travel led him to apply for work with Trans Canada Airlines at Shearwater (later Air Canada at Halifax International Airport). He proudly served as Shop Steward for the IAMAW, and worked in various positions from Station Attendant to Lead Hand to Load Agent; until retiring from his role as Commissary Agent in 1990 after 31 years of service. We have lots of memories of yearly family trips, exploring the countrysides of Switzerland, Italy, France & Spain, as well as the beaches of Jamaica, Barbados & Hawaii. After retirement, Harold & Lola enjoyed spending winter months in Florida for many years.

Until failing health, Harold was an active member of the Waverley Legion, and was awarded Legionnaire of the Year in 1988 & again in 2009. In 2011 he was presented with a Lifetime Membership. This was one of the few times in his life that he was taken by surprise, as he was not a man who enjoyed the spotlight, but preferred to make a difference behind the scenes.

Harold had a wonderful sense of humor and an unwavering love for his family. As a young man, he spent a lot of time with his nieces and nephews, easily earning the title of "Favorite Uncle". He was a very quiet and private man, had an unshakeable sense of honor & valued loyalty & honesty above all else.

He will be profoundly missed but we are thankful his suffering has ended and he is finally at peace. Cremation has taken place & the family invites friends to join them at an informal gathering to celebrate his life from 1-3pm on Saturday, November 26th at the Waverley Legion, 2234 Rocky Lake Drive, Waverley.

Please visit www.eirene.ca to leave your memory or a message of condolence.

I met Harold in 1998 when I first started working at the Legion. You could find Harold, Norman Comeau, Dave Clarke and numerous others all sitting around the liars table every morning all drinking coffee, telling stories watching t.v. and sharing many a laugh. Always ready to help out at the Legion staying many a late night doing volunteer sergeant at arms duty at our functions. Oh the memories, Harold was truly one of a kind.So sorry for your loss.

Thoughts and prayers to the family. Uncle Harold always had the best jokes. Remember how he teased us for being so cold in Hampton during the summers when visiting from Florida. Rest in Peace Harold. Until we meet again. Richard

Jayne, you got it right. He was the favourite uncle with a great sense of humour. I will always carry such great memories of him.

I will always remember Bob’s wry smile and comical sense of humour along with his giggle. He always had a way to make you feel special when you talked to him. I’ll never forget one Christmas being over there and wondering how many kids they had as I had never seen so many toys and gifts. I couldn’t believe they had only one child. They had the best daughter in the world. Sending love and heartfelt prayers to Lola and Jayne and family. He was one of a kind.

I didn’t get the opportunity to meet Harold until later in his life when I began providing foot care for him at his residence. Harold was a fun goofy man who was full of laughs and jokes. I will miss seeing his smiles and hearing his giggles when I got to the ticklish parts of his feet. I won’t forget you Harold! Thank you to his daughter Jayne and wife Lola for encouraging the never ending laughs/good times I had during my visits. Rest In Peace Harold!

I didn’t know Harold but have great memories with his daughter, Jayne! Jayne is probably a reflection of her dad as many of her characteristics were shaped by him. Jayne also has a great helping hand, has a great work ethic & at times has displayed her devilment side. I know that Jayne will forever miss her dad so I just wanted to give Jayne & family my condolences! Many hugs!!

Harold (and Lola) were such a happy couple. They have visited our home various times. Perhaps one of the funniest was when Harold enjoyed a cup of fresh brewed coffee from a mug that had been hanging in the kitchen for “eons”, full of dust and cobwebs. He picked it out himself and declared”it was the best cup of coffee he had ever had”! Those who knew just quietly laughed. A dear man, will be forever missed.