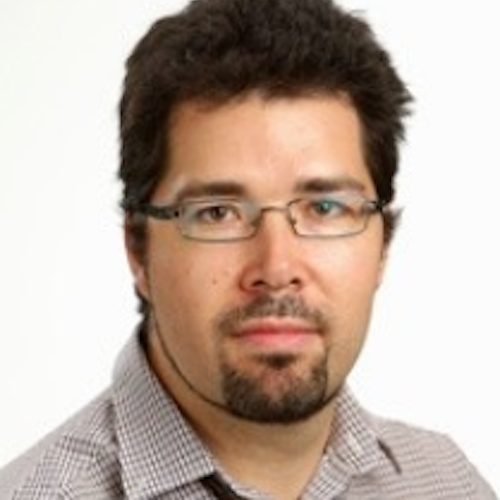 Jean-Sébastien Guy was born in 1975 in Quebec City and grew-up in Deschambault, a small village between Quebec City and Trois-Rivières on the north shore of the St. Lawrence River. His father Paul Guy taught in administrative sciences at Collège Ste-Foy in Quebec City. His mother Réjane worked as a socio-economic researcher at the Régie des rentes du Québec. Together they also ran a sheep farm where Jean-Sébastien spent his childhood years together with his older brother, Emmanuel. It was a special place with many memories that he deeply treasured. He went to primary school in Deschambault and attended École Secondaire de Rochebelle in Quebec City during his high school years. He then studied at College Ste-Foy before going to do his undergraduate degree in political science at Laval University. He went on to complete his master’s degree in the same field at the same institution, after which he enrolled at the Université du Québec à Montréal where he obtained his PhD in sociology; and completed his thesis while living in Malaysia. His doctoral thesis was published as a book, L’idée de mondialisation, in which, using Niklas Luhmann’s systems theory, he analyzed globalization as a self-description of society. Soon afterwards he joined the Sociology and Social Anthropology Department of Dalhousie University and set about extending his theoretical work on Luhmann in his many articles and a major book, Theory Beyond Structure and Agency. In it he explained how social systems grow out of individual interactions but assume a life of their own and become thereby the object proper of sociological inquiry. Professor Guy’s contribution to sociology was unique. He sought to shift the way sociologists regarded their discipline, get them to understand the importance of observation embedded in a theory which prized difference, of which the most important was the difference between society understood as social systems and individuals understood as psychic systems. Unfortunately, he was stricken with cancer just as he was coming into his force, cutting short the impact his mastery of sociological theory would have made in the decades to come. With his death, the discipline has lost a major contributor to its self-understanding. Few are those in any discipline who work at such a high theoretical level. Yet rare though his intellectual grasp of abstract concepts was, his manner was unassuming, his demeanour modest; he approached people, and their problems, with the calm, kindness, and compassion of one among equals. Having come to Dal in 2008, Professor Guy was a much appreciated and genial colleague whose usual laid-back style gave way to intensity and passion when discussing social theory. Colleagues and students alike benefitted from his advice and intellectual generosity. He also taught about popular culture, giving him a chance to lecture on heavy metal, anime, and his favourite, horror films. He was a loving and dedicated husband and father and always put his family first. He loved his wife Michelle Lee and his two lovely children, Yvan and Miya; cherished the time he had with them, regretted the years with them he would not live to see and celebrate. He was a film buff and a passionate baker, a good friend and inspirational colleague, of whom it could truly be said that the earth is a better place because he walked upon it. He will be sorely missed by those who knew him, loved him, and learned from him.