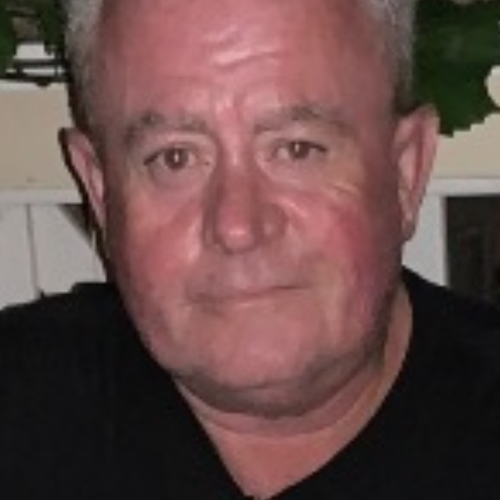 It is with immense heartache that we the family announce the sudden passing of Jerry Jessome, 57 on September 5, 2022. He was born July 15, 1965. in New Waterford, Cape Breton. We are all shocked and saddened.

He is survived by his only son, John and his wife Christie (Jerry considered her his daughter) and his two beautiful grandchildren, Jordyn and Corey. He adored them and never missed an opportunity to spend time with them, he even taught them to play poker. They loved their Papa. Jerry is also survived by his 5

siblings, Joan Jessome (Winston), Lorraine Ross (Danny), Barbara Trudeau, John Jessome and Raymond Jessome (Debbie); 6 nieces and 3 nephews who all adored him, Shauna, Terra, Willena, Jenna, Holly, Jillian, Evan, Blake, and Brandon. He was pre-deceased by his father and mother, John and Willena Jessome. He was also pre-deceased by a brother-in-law, Mike Trudeau; and a niece, Laura Trudeau; and a grand-nephew, Connor Gavel.

Jerry had a wonderful bond with his son, they spoke every day, and they would spend every Friday evening strumming the guitar together and just relaxing and having some laughs, drinks were had too of course. Jerry made friends wherever he went, and he remained loyal to them all. He loved his family. At any time of the day or night, you could expect a call from Jerry to chat and find out “Are you Happy” and “What are you doing for fun.” Anyone who had the good fortune to have met Jerry would say he was kind, generous, funny, charming, loyal and above all a true gentleman. He worked as a Locksmith in Halifax for over 10 years and earned tremendous respect from his customers. Prior to that, he worked at Camp Hill Veteran’s Hospital where he was loved by staff and Veterans alike.

Jerry lived a full 2981 Saturdays, he loved his weekends and watching the moonrise, so it seems fitting to celebrate his beautiful life this Saturday, September 10, 2022. Celebration of life will be held on September 10, in Fairview Legion on Main Avenue in Halifax, 1–4 p.m.