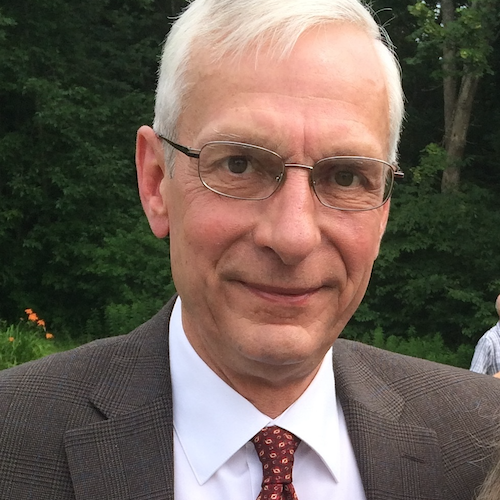 We announce with great sadness, the sudden passing of John Cooper, age 67; at home in Brighton ON, on Thursday, November 24, 2022. Deeply missed by his wife of 40 years, Joan Wild. He is survived by his brothers David Cooper of Walsingham ON, Stephen Cooper (June) of Lindale AB, and Mark Cooper of Kitchener ON, and sister-in-law Betty of Deep River ON. He was predeceased by his brother Edward Cooper, and his parents John (Jack) and Marie Cooper. Cherished uncle and great-uncle to many nieces and nephews. John grew up in Kitchener, and attended Lakehead University graduating in 1979 with a Hon. B. Sc. in Forestry. He worked as a Forester with Ontario Ministry of Natural Resources, and later as a Financial Analyst with Ontario Ministry of Northern Development and Mines. John’s greatest passion was being outdoors. He enjoyed cottage life, fishing, hunting, camping, and almost any type of sport. Cremation has taken place. A celebration of life will occur at a later date. Donations to the Heart and Stroke Foundation in John’s memory are appreciated.

Notes of Condolences about John

My memories go all the way back to the 1960's. Playing road hockey on Betzner Ave and Simeon Street.

St. Anne's Catholic School and snowball fights in the back yard. I hope to see you Heaven cuzzin John.

You do not know me but I am a first cousin to the "Cooper boys". So very sorry to hear about your loss.

The many summers camping with the Cooper boys. John and I were the youngest in the tent with Dave and Steve. Fishing was a main stay of our many activities. Along with the trips to the "buying store". It's through these thoughts that John lives on.

Aunt Joan, it hurts my heart to lose another Cooper boy so you and suddenly. I remember visiting at Grandma and Grandpa's every Christmas and how happy my dad was to be with his brothers, and it made me happy. They were/are all so alike and I remember Uncle John to be so interesting and clever when we got chatting. I'm so sorry for your loss and I'm thinking of you.

I remember with fondness the fishing trips that we went on together during high school and college. John was always a positive and easy-going guy, friendly and kind. John and his brothers grew up on Simeon St. in Kitchener, went to St. Anne's schools and St. Jerome's. The Cooper brothers faithfully attended "10 am Tim's" every Sunday morning. John will be missed. May he rest in peace,

I unfortunately hadn’t had the honour of meeting this great man but I know I would have enjoyed the company especially the quads and boats together. I have heard a lot about the outdoor adventures from his brother Steve, a fantastic father in law and friend to me. I look forward to pass along stories in the future to new generations.

I’m so sorry Aunt Joan to hear of the loss of your husband and our uncle. Our thoughts are with you and the Cooper family. Thinking about you and and Sending love, support and hugs your way. We are deeply sorry.

We will always remember John visiting us in Calgary in 1981. He borrowed our car to check out downtown Calgary one day. He came home an hour or two later, visibly shaken up. Calgary has a lot of one way streets in the core and some are closed to traffic for the C-Train. John turned a corner and got onto the train tracks and didn’t know what street he could turn onto to get off. A policeman came up to his window and said ,”you’re not from here, are you?” He then helped John get off the tracks and showed him a route to get him out of the downtown core. Poor John headed right back to our place and didn’t touch the car again for the rest of his trip.