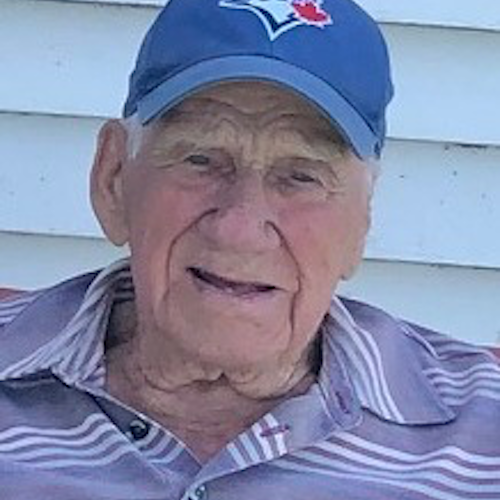 It is with great sadness that I have to announce that my father passed way on 13 Oct 2022 at Dartmouth General Hospital.

Born and raised in Springhill N.S. he was the youngest of his family (affectionately called the DM [damn mistake] by his mother). He participated in baseball and hockey in numerous leagues growing up and took an active role in cadets, obtaining the rank of cadet Captain. During the war, he was a member of the militia in Springhill. He started working for Mr Soley at his furniture store and Simpsons outlet while in high school and continue there until he left to enter the coal mines where his father and all his brothers worked. Dad was a bareface miner in the rescue work during the 1956 Explosion in the No4 Colliery (39 dead) and the 1958 Bump in the No2 Mine (75 dead). Barefaced miners entered the mines without the benefit of any draeger gear and worked in unimaginable conditions performing rescue and recovery work. Dad was one of the first men to enter the mine shortly after the Bump occurred, entering, with several others including Dr. Burden, through No4 Mine and coming up into the bottom of the disaster area 4000 feet below the surface (14,200 feet down the slope) where they found George Hayden. Mr Hayden told them to "look after 'young Murray', he's hurt worse than me". They then found dad's nephew Clyde, buried to his chest and badly hurt. They got them both out. They were the deepest men left alive in the pit. Dad continued with the rescue work until all of the surviving miners were rescued and the bodies recovered. Dad was part of the rescue team that located 12 men trapped for 6 days and then the last survivors, 7 men who had been trapped for 9 days. After the disaster, the barefaced miners were recognized with the Royal Canadian Humane Association Gold Medal, the first time that was awarded to a group, and the Carnegie Medal for Heroism. When the mines closed after the last body was recovered, he and hundreds of others found themselves out of work.

Dad and three other Springhill miners were hired as labourers at the Texaco Refinery in Montreal in early 1959. They went from working underground in 80 degree F temperatures to outside in Montreal in the dead of winter. Dad stuck with it and eventually moved to an inside controllers position. In 1963, he transferred to the not yet opened Texaco Refinery in Eastern Passage, N.S. where he continued to work until he retired as a senior supervisor in the early 1980’s.

Dad and Mom were seldom apart and one of the great things they did, upon returning from their honeymoon with $50 in their pocket, was purchase the cottage property. This property, ‘Seawinds’, would become a large and import part of their lives. For 70 years there have been many family celebrations, lobster feeds and corn boils held over saw horses and shutter doors during these summer days. They spent every summer based out of ‘Seawinds’ travelling the back roads of Cumberland and Colchester counties, attending yard sales and church suppers and looking after several generations of kids. Dad spent last summer at the cottage seeing and reminiscing with family and friends who stopped by to chat. He certainly enjoyed the extra attention paid to him by his goddaughter Ann.

Dad took a special interest and pride in his grandson's Liam and Graeme, from attending 6 am hockey practices to school functions and bagpiping concerts and competitions. They spent many summers with Nana and Papa at the cottage. His interest and involvement continued as both boys finished school and university, started various part time jobs and enlisted in the Reserves with the Nova Scotia Highlanders. As they both started their respective work careers, Liam as a teacher and Graeme starting his training to become an R.C.M.P. officer, this pride grew even greater. He spoke fondly and often to anyone who would listen, from home care workers to bank tellers, about the boy’s activities and accomplishments.

Dad is the last of his generation within our family. Whether you called him Dad, Papa, Uncle Ken, Ken, Kenneth, Kenny or 'the Mayor' he was always there for all to call on, lean upon and depend on, offering support, knowledge and experience. He will be greatly missed by many.

There will be a graveside interment service in the spring in Springhill. In lieu of flowers, donations in his name can be made to any charity.