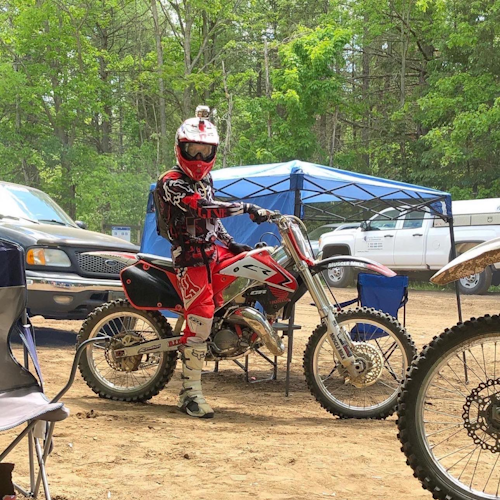 It is with broken hearts that we announce the peaceful passing of Leonard “Lennie” Barron at Ajax Pickering Hospital on December 31st, 2022 at the age of 59 surrounded by friends and family. Predeceased by his beloved wife Anita “Ninny”, parents Leonard Wickham, Mable Barron, stepmother Margaret “Peggy” Wickham, brothers Jack, Butch, and Gary. Leaving to mourn with wonderful and loving memories is his son Kurtis, daughters, Alanna and Grace, brothers Wayne, Bill, Mike, and Keith as well as many nieces, nephews, cousins, aunts, uncles and friends across Canada. Lennie was born and raised in St. Johns, Newfoundland, second youngest of 8 children. Lennie moved to various places in Canada with his father and stepmother, mainly residing in Newfoundland, Calgary, Montreal, and Ontario. Meeting the love of his life, Anita, at the age of 18, Lennie moved back to St. Johns, NL after residing in Calgary for many years. Lennie and Ninny then moved to Montreal to join his parents, Leonard and Peggy. Once residing in Montreal, they had their children, Kurtis and Alanna. After living in Montreal, they then moved to Ontario where Grace was born and spent the remaining years with their children, family and friends. For 40+ years, Lennie was a truck driver – starting off as a long-haul truck driver, Lennie traveled all across Canada and the USA. After his wife Ninny passed, he made the change to work locally to be home with his children more often. When home and in his free time, Lennie’s passion was working on and riding his dirt bike. At a young age, Kurtis followed in his father’s footsteps and inherited his passion for dirt biking. Although Lennie was senior to Kurtis and his friends, he always took the lead and most risk when dirt biking. Lennie also had a love for working on cars, spending time with friends, and being home with his family. In June 2022, Lennie retired from his career as a truck driver and moved to Ferryland, NL for 3 months to be with his father. Lennie was very grateful for the opportunity to be able to go back to Newfoundland to spend time with his father and reconnect with other family and friends. Kurtis, Alanna and Grace were able to spend 2 weeks in Newfoundland with their dad and papa to visit and explore the city where their father grew up. Lennie returned home in September 2022 only to drive back to Newfoundland with his daughter Alanna to lay his father to rest. Shortly after Ninny passed in 2013, Lennie was diagnosed with cancer. Lennie fought a long and hard battle but even during these hard times, he was always positive and witty and continued to live life to the fullest as he desired. Lennie had many friends that turned into brothers and went by dad to many people not only his children. He was very funny, kind, caring, comforting, witty, and everything else in between. He always knew how to lighten the mood with his timeless jokes and comforting personality. He was a loyal friend and remarkable person. To know him, was to love him. He will be greatly missed by everyone. Thank you to his long-time loyal friends who became family; Terry, Matt, Andrew, Tim D., Tim H., Tony, Tim G., Mitch, Abbie, Boo Boo, and many others. We would like to thank everyone for their friendship, love, care and support along Lennie’s journey of Life. Cremation has taken place and there will be no visitation as per Lennie’s request. Celebration of Life will be held at Royal Canadian Legion, Ajax Branch on January 13th, 2023, at 6:00pm. All are welcome.