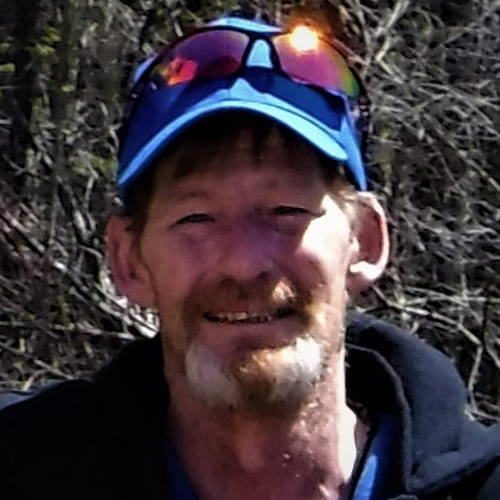 LORNE THOMAS CARR August 2, 1966 - December 5, 2022 It is with profound sadness that we announce the passing of our beloved brother Lorne, in his 56th year. Predeceased by his parents Joseph (Carr’s Marine Sales Ltd.) and Meryl (nee Jackson) and his wife, Andree Langevin. Lorne was the youngest of five siblings and leaves behind, Lorraine (late Mike) Lapensee, Dave, Jo-Anne (Larry) Love and Lynda (Joe) Lopes. His nieces Jessica Pettes, Sarah Carr and nephew Dyllon Lopes will deeply miss their Uncle Lornie, as he was so affectionately known. Lorne had been battling pneumonia when he left us, but it was an accumulation of unfortunate events throughout his life that lead to his final demise. While most life stories are filled with accolades and accomplishments, Lorne’s life story is a bit of a unique one. It seemed that he was always in the wrong place at the wrong time. While working as a tire technician at Frisby Tire, on October 1, 1996, a large truck tire exploded as he was working on it and left him with many horrific, life-changing medical issues and a life most people could not endure. It was discovered that Lorne had a rare genetic heart disorder called Brugada Syndrome, when on July 11, 2009, he was relaxing at his camper trailer and his heart just suddenly stopped. Fortunately, there was a nurse close by that kept Lorne alive that day, until he was taken to the Heart Institute. He spent 5 weeks recovering and leaving there with a defibrillator implanted in his chest. Using up another one of his 9 lives. And then there was the time that his wife, Andree and Lorne went to bed together one night and Andree did not wake to see the morning light. Another tragedy. Several years later, while driving to meet his family for Easter dinner, he was struck by an ambulance (through no fault of his own), which left him with further injuries. Throughout all of his hardships, Lorne remained mostly optimistic and hopeful and somehow managed to keep that amazing sense of humour. He was an inspiration to us all. We knew Lorne was a talented wood worker, but didn’t realize just how much until his passing and we discovered some wonderful pieces we had never seen before. We will treasure them forever. Lorne always found great solace in the outdoors and had the pleasure of living the last 10 years of his life with his dear close friends, Jim Baillie and Annik Latremouille and family, in Almonte. We can never thank you enough for giving our brother a caring place to call home and welcoming him into your family. When you live a life like Lorne had, you soon learn who your true friends are. God Bless You. We also want to extend a special thank you to Lorne’s long-time friend, Danny Hopper, for never giving up on him. He cherished his furry companions that brought him so much joy, Brutus and then Dino, and most recently, Murphy the cat, that belongs to Jim and Annik. He was the most proud, courageous, resilient, stubborn and humble guy you could ever know. Lorne the Lion Hearted. Our hearts are comforted knowing that he is no longer suffering. The family wishes to thank the dedicated team of doctors and nurses at the Ottawa Heart Institute that gave us many more precious years with our beloved brother. You are amazing. Also, our heartfelt gratitute goes out to Lorne’s primary physician, Dr. Mark Nassim, who managed his extremely complicated case. The siblings always considered the oldest of the family (Lorraine), and the youngest of the family (Lorne), our Bookends. We had plenty of good times and many laughs together and that is what we will remember and hold in our hearts forever. May your light shine brightly in heaven Lornie. We will always love you. Until we meet again… Donations in support of the Ottawa Heart Institute would be appreciated. A notice will be posted on Facebook at a later date in 2023 to let everyone know when a service will be held in Lorne’s memory.

Notes of Condolences about Lorne

My condolences to the family. It is sad to lose another of our cousins.

Remember Lorne very well nice gentleman, happy I had the chance to meet him. May he Rest In Peace 🙏🏻