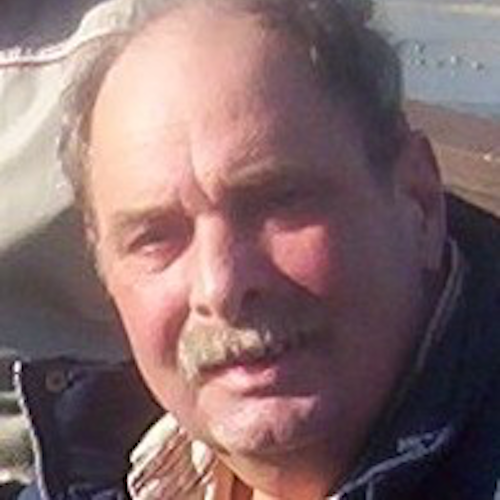 After a long stay and an operation on December 21, 2022, Richard passed away peacefully at the Regina General Hospital on December 30, 2022 at the age of 68. Much gratitude goes out to the doctors and nurses who cared for him along the way and to the caring friends and relatives who called him, even though he couldn't always answer his phone, and visited him. Richard greatly appreciated the company. Richard (also known to many as Pete) was a Journeyman Carpenter whose career was with the Saskatchewan Wheat Pool. But more important, Richard was a family man who treasured family, especially his daughter, Joelle, and grand daughters, Mackenzzy and Saffron, and rarely missed a family gathering. During his off hours, he spent his time with family, travelling to gatherings and around the countryside, camping, fishing, gardening, homesteading a lake cottage and renovating his home, mostly with his wife and helper by his side, and helping others. He also cared for his fish aquariums and Boots (the cat), had a daily coffee with his buddies and more. Richard was a kind, gentle, giving, caring and responsible man who sadly missed his parents Pearl and Wilfred (Bill) Peters, and his sister Judy and her husband Henning Lind and their son Michael, will now be sadly missed by his wife, Sharon; his daughter Joelle Peters and her daughter, Mackenzzy; his sister Susan and her husband, Robert Baird, and their children, Hailie and Meagan and their families; his brother William (Bill) Peters and his wife, Jane, and their children, Caleb and Taylor; his nephew, Russel Lind and family; his step sons, Robert Pitzel and his daughter, Saffron, and Rick Pitzel and his wife Teri; Sharon's parents, sisters and their families; and his many cousins, aunts and uncles and friends. Favourite Poem: Desiderata Favourite Song: Somewhere Over The Rainbow (Israel Kamakawiwo'Ole) Richard & Sharon's Song: I'll Be Your Shelter (Taylor Dayne) Favourite Foods: Steak and Pizza A Celebration of Life will be held for Richard on June 10, 2023 in Regina. Email: sm.peters@sasktel.net for time and place.

Notes of Condolences about Richard A.

Our deepest sympathies to Sharon and family. Shared many good times together at the lake with this family. They were great neighbours. We will always cherish our memories with Richard and Sharon.

Pete has left a huge hole in our family. We miss him at every turn. Thanks for all the stays at Last Mountain Resort, a regular family reunion spot. We had good times in the pool and in the boat, and around the camp fire!

A brother through family, a best friend by choice. A gentle soul gone far too soon. We don't move on from loved ones we've lost. We move forward with them always in our hearts, all around us, in who we are, and in all that we do in life. Always remembered, Richard 💕

I remember unkle Pete loved his canoe and fishing . I loved those family get togethers !! Best memories of my childhood !