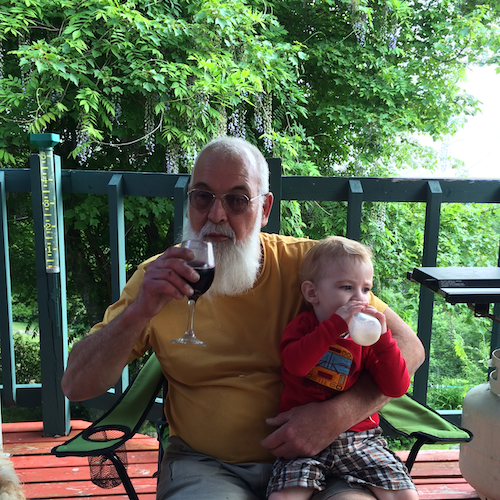 Roderick A. Chisholm, 64, of Marriott's Cove, Nova Scotia, passed away peacefully at home with his best friend at his side.

Born in Digby, he was the son of the late Aubrey and Sadie Chisholm. Rod had a lengthy career as a boiler operator at CanExcel, located in East River, Nova Scotia, from which he retired in 2016. Rod enjoyed his retirement in peaceful solitude with his cheerful sidekick, Lukie. He had many passions including gardening, woodworking, model trains, cooking and photography. Rod's Christmas light display grew each year and were enjoyed by many who made driving by his property in December part of their holiday tradition.

Aside from being survived by his buddy of 13 years, Lukie, he leaves behind his two children, Rory (Ashley) Chisholm and Amanda (Chuck) Vaillancourt, his four grandchildren, Rowan, Melanie, Henry and Brielle as well as his sisters, Debby (Steve) Bezanson and Kitty (Greg) Sanford. He was predeceased by his siblings Patty (Stewart) Keddy and Tom (Carmel) Chisholm.

The family is planning a celebration of life for the end of summer. Including Rod's favourite thing to do after a long day working in the yard: a cold home-brew on the balcony overlooking his beautiful property, while grilling on the big green egg. In Rod's memory, expect the food to be darkly charred but do not expect to eat before 11 pm.