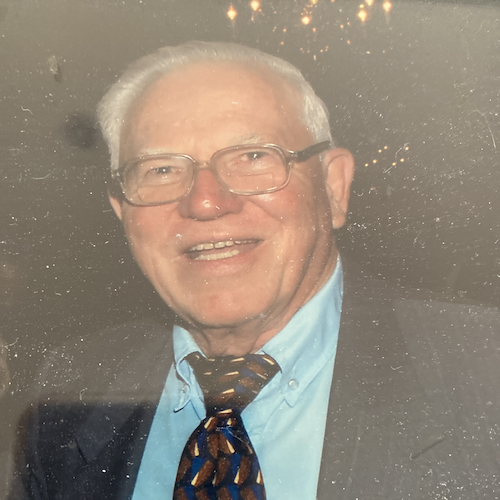 Ronald William Perry died peacefully at Hotel Dieu Hospital, in Windsor, Ontario, on December 23, 2022. He was 85 years old. He was married to Stella Margaret Perry for 65 years. He graduated from WD Lowe Secondary School with honours and taught drafting there the year following his graduation. He went on to work in the construction industry and held positions in Windsor, Ontario and Detroit, Michigan in architectural drafting. He was an architectural draftsman at Giffels Associates and Architectural Estimator at the World Headquarters of General Motors Corporation until his retirement. He travelled the world with his work. He loved studying investment opportunities in the gold and diamond industries within Canada. He was an amazing inspiration to his children, always very supportive in their educational endeavours. He is survived by his wife Stella and his daughters Heather,Patrice and his son Scott. He was a dedicated father who inspired his children to honour and success. His first son, Lyle, died as an infant. His second son, Scott, went on to become a physician . His daughter, Heather, went on to become an architect and later a physician and specialist psychiatrist. His daughter Patrice is an accomplished vocalist . She completed Bachelors and Masters degrees in fine arts ,specializing in voice and music at the University of Windsor, and McGill University and completing Education degrees in England. He is also survived by his grandchildren including Philip, Tristan, Laura, Angelina, Lauren, Timothy, Ariel and Gabriel. He is also survived by his great grandson, Noah. He is also survived by his brothers, William and Jim and his sisters, Ruthanne and Linda.